Earlier in 2018, at Facebook’s F8 conference, the social network announced upgrades to its Facebook Analytics platform, bringing in similar metrics likened to Google Analytics. Facebook Analytics conversions have shown to be approximately 10 to 15 percent higher than Google Analytics conversions, which has caused some confusion among business owners and social media marketing professionals. While it may seem that there are some inaccuracies in Facebook’s conversion rates, that’s actually not the case. Although the type of metrics you can pull from both platforms is generally the same, there are some differences that lead to this difference in conversion rates.

Facebook Analytics and Google Analytics are both designed to track user behaviors to target advertisements and measure conversion rates, allowing business owners and social media marketers to measure the success of their campaigns and adjust their advertising strategy when necessary. However, there are a couple of key differences between the two that result in differences in the conversions they display.

One difference between Facebook and Google is how each view devices. While Google views every device as a new user, Facebook’s omni-channel analytics is capable of determining when a tablet, PC/laptop, and mobile device are being used by the same person as long as that user is logged into their Facebook account. That means that Facebook is better able to determine when a user has viewed an ad previously on their mobile device, then visited the advertised website on a tablet or desktop later on, for example. Facebook Analytics allows you to monitor activity across devices and understand the customer journey.

Perhaps the most significant reason for the difference in conversions between Google and Facebook is their attribution windows. Google’s standard reporting for conversions are defaulted to a “Last Non-Direct Click” attribution model which is the final touchpoint immediately before a customer places an order.

Facebook Analytics, on the other hand, analyzes conversions at a far more generous rate. Facebook’s attribution window automatically defaults within 28 days of clicking your ad and within 1 day of viewing your ad. That means that after a Facebook ad has been viewed or clicked on day 1 and the user places an order on day 26 by means of a Google ad or email campaign (any marketing channel, really), Facebook counts it as a conversion no matter if the visitor touched multiple marketing channels since clicking/viewing the Facebook ad. The algorithms Facebook uses to track impressions and conversions are different than Google Analytics, but there are ways to pull the data differently that might bridge the gap a bit. Another thing to consider is Facebook considers likes, shares, and comments on ads as clicks and counts them as conversions.

To do this, users can change attribution windows via the following path while viewing their campaigns:

From here, making a selection of “Clicks” for 1, 7, or 28 days will change the attribution window. By selecting a click attribution window of 1 day, the gap in conversion between Facebook Analytics and Google Analytics should reduce and there should be a difference in both Website Return on Ad Spend and Website Purchase metrics.

Which Analytics Tool is the Best?

Business owners and marketers who use other methods of marketing outside of Facebook and Instagram can benefit from both Facebook Analytics and Google Analytics but may need to test different settings on Facebook Analytics to better understand how well their advertising campaigns are working across all platforms.

Upward Commerce is a Digital Marketing Agency in Miami. We help brands gain ground in the digital space. We deliver online marketing & upward trends in traffic, customers, and online sales. 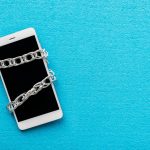 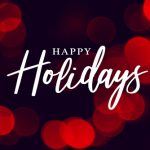